Connor and Carter both asked if Grammy and Grampy were coming back later today.

Oh well … we will see them soon.

With that in mind, I found this gem of a picture from last night when Carson was putting on goggles for Grammy.

Also, I don’t know if you are a fan of Conan O’Brien but I am. Here is a video from last night as the culmination of his ongoing ‘feud’ with Jon Stewart and Stephen Colbert over the last few weeks finally reached a boiling point.

We went to the National Art Gallery today with Grammy to see the Fafard exhibit that opened yesterday. The boys were surprisingly good considering all of the ogres (sorry … I meant to say security guards) patrolling around like we were criminals. I quickly remembered why we haven’t gone to an art gallery in 4-5 years.

Here is a shot of the boys as we entered the Gallery. The spider is outside and is on loan from some far-flung country if memory serves me correctly.

Obligatory shot of the Fafard poster on the outside of the Gallery. Oh if you haven’t noticed we got smoked last night with another 25+ cms of snow. It’s beautiful out!!

Carson had a blast inside the gallery. The walk up to the permanent exhibits and the Fafard room is quite cool. This shot is taken from the ‘slope’ you see in the previous picture (right under the posters).

No pictures allowed inside the exhibit unfortunately. (Reason #10 why I hate art museums. Heaven forbid we share things with the rest of the world.) Either way we were allowed by the local Stormtrooper-guard that a picture of the horse was ok.

After a pretty successful trip through the exhibit it was time to leave. Carson led the way back down the stairs!!

Talk to you soon.

A hodge-podge of information for you tonight.

Let’s start with some awesome pictures that Grampy took over the last couple of days. It’s just something about the natural light streaming on to Carson that makes me smile! 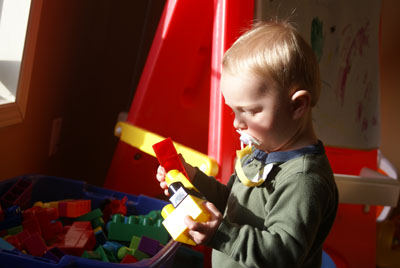 What a handsome guy! 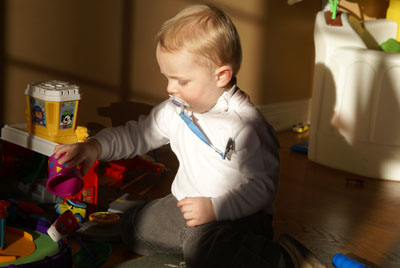 Here are some shots of Carter bombing down the hill last weekend. I will get a video this weekend to show how confident he is now. What a difference a couple of lessons makes. 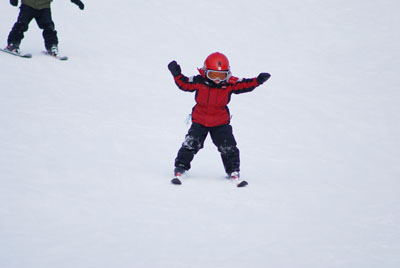 Connor of course has to chase him down. He can’t be last you know. 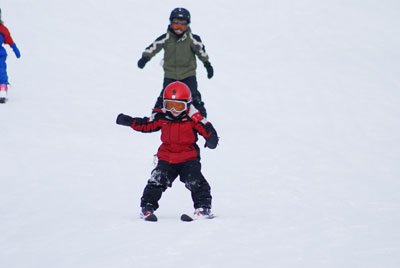 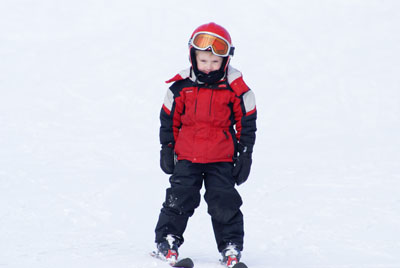 Finally, Connor got to play goalie on Sunday and he had a blast. They lost 6-4 but not because of Connor. He made some awesome saves; stacking the pads and flashing the leather! 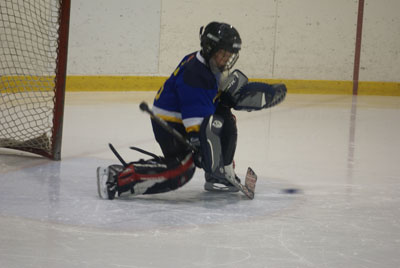 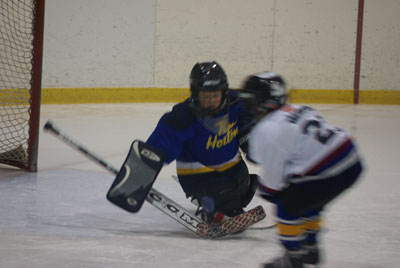 A big day tomorrow as our vanity for our bathroom shows up (supposedly). Pictures as it happens for my loyal readers.

The boys have started lessons at Vorlage and they are really loving every minute of it. I get to ski which is nice and hopefully we can spend more time up there as the weeks go by. (This week for example, we had to go home early to get Carter off to a birthday party.)

Connor is quite the wiz at skiing and we were shocked at how fast and confident he is out there. Look at this video of him coming down the hill. Now remember he had only been skiing for about an hour and half at this point (i.e. out of his ENTIRE life!!)

I don’t think he fell all day!

Now Carter was a different story for the first week. Here is a shot of him coming down with me. I spent a LONG time just holding him up as we went down the hill. Pretty shaky stuff.

But all is not lost. After 3 weeks of lessons you should have seen Carter skiing yesterday. He was awesome. He literally got off the ski lift and didn’t stop all the way down the hill. Amazing how fast they pick things up!! No video of this but trust me it was amazing!!

Happy 2008 everyone! We survived our Christmas break and as I write this I am on the verge of getting back into the swing of things for this year. We are either going back to work or school depending on who you ask. Connor mentioned today that he was planning on being sick tomorrow as school shouldn’t start on Monday’s! (I like this kid’s attitude!!) He quickly said that he would be fine for Tuesday however.

I need to go to sleep or else tomorrow will be a nightmare for me. So with that in mind here are some of the major events from yesterday.

Carter now wants to skate!! yay. He has been very resistant about it starting last year during his lessons for some reason. However, with a little bribing (salt and vinegar chips … his favourite) he went with his Mom to Dovercourt and had a blast. It made me very happy as I know he is an amazing athlete. Here is a video of him skating around Dovercourt today when he went with me. We went in the morning before the rink got too bad with this super warm weather that we are to have this week.

I will send the family more videos of him jetting around the rink tomorrow. A momentous day for us as we were anxious on when he would start to skate. (As any red-blooded Canadian would be anxious …. yes we are hockey-mad here in Canada.)

Updates on others in the family? Connor is doing fine and has been great over the holiday. He is super excited about his Grammy and Grampy coming next week! His hockey game today was really cool as he skated really hard and got a goal on a true one-timer when he called for the puck right in front of the net. He said he put it top shelf but in fact it was the bottom of the net. Still an awesome goal.

Ok C3 … hmmm. Well sort of battling a cold lately. Runny nose, etc, etc. Not too miserable but enough to confirm that we won’t have another baby.

He is now a power-walker. Ready to attack malls when he is 80 years old. Here is a hilarious video of him walking with a broom he found and then tries to put on Connor’s jersey.

More pictures tomorrow. Got to get to bed.